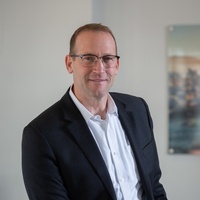 Mark specializes in wealth management, retirement, and estate planning and is a Chartered Retirement Planning Counselor. His practice focuses on asset management and financial planning for high net worth individuals, families, and institutions. Mark began his career in financial services in 2001. He was most recently a Senior Vice President and Financial Advisor with the Cypress Group at Integrated Wealth Management from 2014-2017.

Before Integrated Wealth Management, Mark spent six years at Morgan Stanley and eight years at Merrill Lynch where he was a member of the President’s and Chairman’s Club. Before Mark joined Merrill Lynch, he was the acting president of an import/export company in Japan where his responsibilities included managing exchange rate ramifications.

Mark is also an owner of Cornerstone Wealth Service, a firm which provides back-office operational, compliance and administrative services to RIA firms.

Mark is married and a father of four, 3 boys and a young lady. Mark received his Bachelors of Science degree in Finance and Economics. He is fluent in Japanese, is an avid skier and enjoys basketball and motocross. Mark also loves American history.